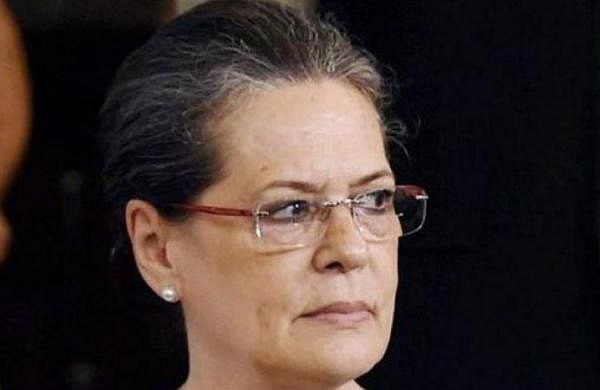 NEW DELHI: The BJP on Friday continued with its attacks against Congress interim Chief Sonia Gandhi on the issue of the Rajiv Gandhi Foundation (RGF) receiving donations from the Chinese Embassy here, as ruling party president J. P. Nadda accused her of diverting the money of the citizens during the UPA rule into a family-run foundation.

Nadda said it was not only brazen fraud, but a big betrayal to the citizens of the country. While targetting Sonia Gandhi, he said one family’s hunger for wealth has cost this nation immensely and demanded Congress’ imperial dynasty to apologise.

“The PMNRF (Prime Minister National Relief Fund), meant to help people in distress, was donating money to the Rajiv Gandhi Foundation in UPA years. Who sat on the PMNRF board? Sonia Gandhi. Who chairs RGF (Rajiv Gandhi Foundation)? Sonia Gandhi. Totally reprehensible, disregarding ethics, processes and not bothering about transparency,” Nadda said in a series of tweets.

He said, “People of India donated their hard earned money to the PMNRF to help their fellow citizens in need. To divert this public money into a family-run foundation is not only a brazen fraud, but also a big betrayal of the people of India.”

While attacking the Gandhi family, the BJP President said, “One family’s hunger for wealth has cost the nation immensely. If only they have devoted their energies towards a more constructive agenda. The Congress’ Imperial Dynasty needs to apologise to the unchecked loot for self-gains.”

On Thursday, a controversy erupted after a startling revelation that the government of the Peoples Republic of China and the Chinese Embassy in India have been funding the RGF led by Sonia Gandhi. She is the Chairperson of the RGF, and its board includes former Prime Minister Manmohan Singh, former Congress President Rahul Gandhi, former Finance Minister P. Chidambaram and Congress General Secretary Priyanka Gandhi Vadra, among others.

However, the Congress responded to the BJP’s allegations and said, “the BJP should stop living in 2005” and alleged that the ruling party is adopting “diversionary tactics” to avoid answering questions on the Chinese transgressions in Ladakh.

On Thursday evening, Congress chief spokesperson Randeep Surjewala said, “Please stop living in 2005 and start answering questions in 2020”. Firing a salvo at the BJP, Surjewala asked: “Why is the government mum about the Chinese presence in eastern Ladakh area? In the national interest, the nation wants to know the answer to these questions instead of diversionary tactics of the present BJP government.”