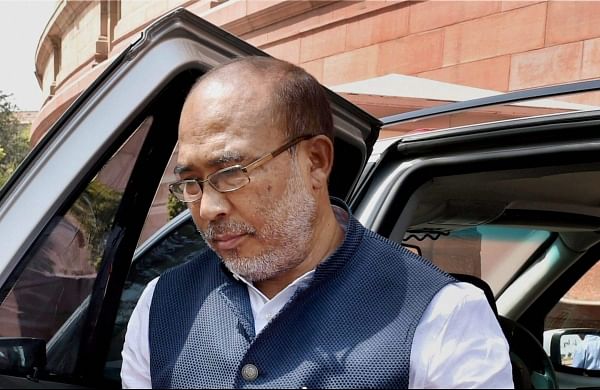 GUWAHATI: The troubles for ruling BJP in Manipur are far from over.

Just hours after the party thought it had ironed out differences with ally National People’s Party (NPP), fresh demands have arisen from other coalition partners.

The Naga People’s Front (NPF) besides Congress “defectors” and some of BJP’s own MLAs are now mounting pressure on Chief Minister N Biren Singh for ministerial berths. A state minister has confirmed it to this newspaper.

The development came hours after all four NPP MLAs had met Governor Najma Heptulla on Thursday and withdrawn their resignations as Ministers following the intervention of BJP’s national president JP Nadda and Union Home Minister Amit Shah. Both had assured to personally look into their grievances.

The BJP MLAs were angry when they learnt that all the four NPP MLAs would be inducted into the ministry again. They were pinning hopes on ministerial berths as they were apparently told that only two NPP MLAs would be appointed as Ministers.

As tempers were frayed, the CM personally had to pacify the agitated BJP legislators as well as Congress defectors at a hotel in Imphal where they were camping, BJP sources said.

They said the MLAs were miffed over the meddling of North East Democratic Alliance (NEDA), which is a non-Congress conglomerate of political parties, in the political affairs of Manipur.

In the wake of the political crisis, Assam Minister and NEDA convenor Himanta Biswa Sarma had visited Imphal twice and held a series of discussions with the disgruntled MLAs. But as the stalemate continued, he and Meghalaya Chief Minister Conrad Sangma, who is also the NPP national president, silently took out the four NPP MLAs to New Delhi for a meeting with the BJP’s central leadership.

Meanwhile, sources said the NPF was demanding one more ministerial berth. It has four MLAs, two of them ministers.

In the 60-member Manipur Assembly, a maximum of 12 ministers, including the Chief Minister, could be inducted. It was learnt some disgruntled BJP MLAs might leave the state to meet the party’s central leadership for justice.

The government was reduced to a minority after three BJP MLAs had resigned from the party as well as the Assembly and six others – four from NPP, one from All India Trinamool Congress (AITC), and an independent MLA – withdrawn support.

In the 2017 state elections, the Congress had grabbed 28 seats as against the BJP’s 21, yet the saffron party managed to cobble up the numbers to form the government.

India should hit back at China instead of targeting Congress, says MP Adhir Ranjan Chowdhury- The New Indian Express