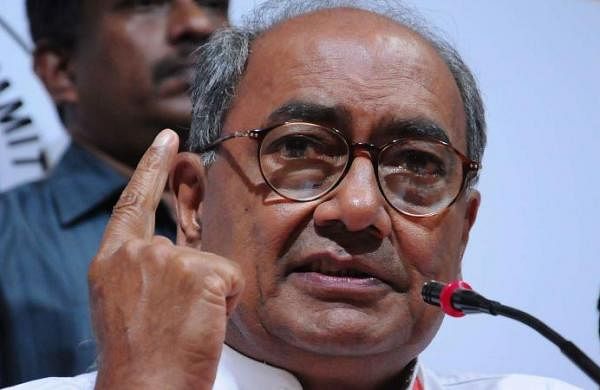 NEW DELHI: Rajya Sabha member and former Madhya Pradesh Chief Minister Digvijaya Singh has that “lack of ideological clarity was harming the party” more than than the “media sponsored” junior-senior divide within it.

With this Singh has opened a pandora box by attacking a section of the party. The former party general secretary, who was once close to Rahul Gandhi, tweeted on Thursday that the party should work on the ideological levels.

Singh tweeted, “What is more important is the ideological clarity among Congress leaders junior or senior which is harming the party.

“Rather it’s lack of Ideological Clarity that leads to ambiguous stand. Why do some shy away from fighting RSS?” It’s divisive Ideology of polarisation & anti Poor, anti farmer, anti labour policies are destroying the unity & integrity of India, destroying its socio economic fabric.”

The senior Congress leader also said, “Who in Congress is opposed to Rahul ji or Priyanka ji? Name one senior leader? Whole Congress unitedly stands with Nehru Gandhi Family. They are the binding force.”

The Congress of late has been seeing critical voices within the fold being raised. The recent debate within the party started when in the Congress Working Committee (CWC) meeting a former Union Minister raised the issue that instead of attacking Modi directly the party should target his policies, but was countered by former party president Rahul Gandhi that all government policies are made by the Prime Minister.

Rahul Gandhi reportedly said he is “not scared” and was backed by Priyanka Gandhi Vadra that many leaders are shying to back Rahul Gandhi.

Singh tweeted: “Congress veterans feel Team Rahul’s CWC act may have been scripted. I have not understood these press scripted and media sponsored stories of Junior vs Senior in Congress Party.”

Though Singh tried to allay any senior vs junior issue within the party, the fact is that the issue also erupted last year when Rahul Gandhi quit alleging that senior leaders are working in self interest.

While on Thursday Home Minister Amit Shah took a jibe at the CWC meet that one leader is stopped from speaking. The Congress, however, was quick to retort that the party believes in a democratic setup.

While in the CWC meet Ashok Gehlot pushed for Rahul Gandhi to be made the party president again, but party officially denied it.