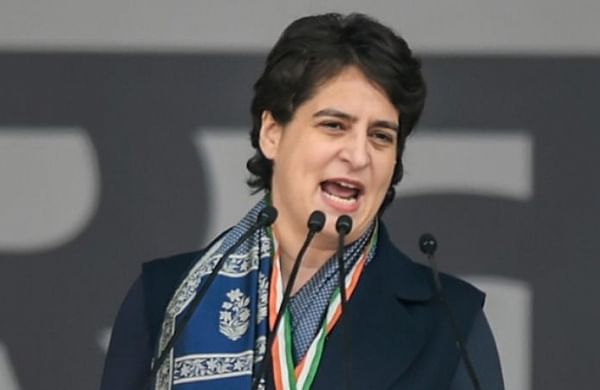 NEW DELHI: A day after receiving a notice from Uttar Pradesh Commission for Protection of Child Rights (UPCPCR) in connection with Kanpur shelter home case, Congress General Secretary Priyanka Gandhi Vadra on Friday said that Chief Minister Yogi Adityanath-led government is wasting its time by threatening her through various departments.

“My duty as a public servant is towards the people of Uttar Pradesh and to put forward the truth before them. No government propaganda is to be put forward. The UP government is wasting its time by threatening me through its various departments,” the Congress leader said.

Cornering the ruling party in Centre and Uttar Pradesh, the Congress leader said that she will keep saying the truth as she is not an “undeclared spokesperson of the BJP” like some Opposition leaders.

“Do whatever you want to do, of course. I will keep the truth in front. I am the granddaughter of Indira Gandhi, not an undeclared spokesperson of the BJP like some Opposition leaders,” she added.

On Thursday, the UPCPCR had issued a notice to Priyanka, asking her to issue a corrigendum to her Facebook post regarding Kanpur shelter home case.

“Action will be taken if corrigendum is not issued in time,” the notice read.On June 21, Priyanka Gandhi had attacked the state government over the Kanpur shelter home case and said that facts are being suppressed in the name of investigation in such cases.As many as 57 girls at a government-run shelter home here, were found to be COVID-19 positive.”

57 positive cases have been reported, all have been admitted to hospitals. Five girls among them are pregnant, they were brought at the shelter home, under various POCSO cases, from different places,” said BR Tiwari, District Magistrate.