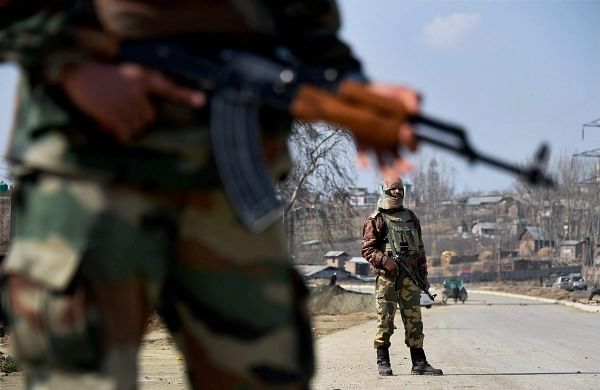 SRINAGAR: Three militants were on Friday killed in an overnight encounter with security forces in Pulwama district of Jammu and Kashmir, the Army said.

“Three terrorists have been eliminated in Chewa (Pulwama) operation,” an Army spokesperson said.

He said the forces have recovered two AK rifles from the encounter site so far.

The operation is in progress, the spokesperson added.

The security forces launched a cordon and search operation in Chewa Ular area of Tral in south Kashmir district on Thursday, following information about the presence of militants.

The search operation turned into an encounter after the militants opened fire at a search party of the forces, who retaliated.

The forces maintained a tight cordon throughout the night to prevent the militants from escaping.