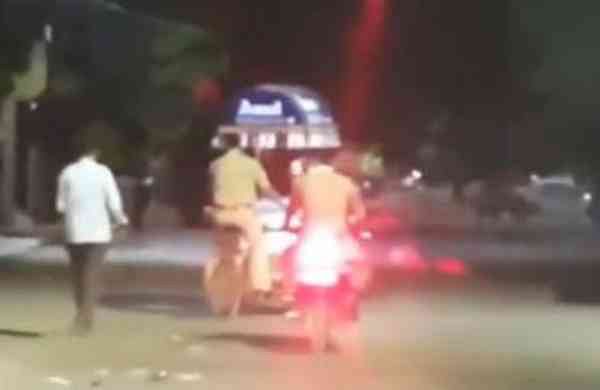 KANPUR: A video clip of a policeman pedalling an ice-cream cart while its vendor is seen running behind it has gone viral on the social media.

The video was apparently shot by some passer-by in the Barra area of the city.

Superintendent of Police (south) Aparna Gupta said that the video was shot when curfew came into force after 9 p.m.

“It was during this time that the policemen were imposing curfew in the Barra area. While patrolling, they came across a vendor selling ice-cream beyond the permissible timings. Taking it to be an offence, one of the policemen reprimanded the vendor and took possession of the ice-cream cart.

“The cop then started pedalling and asked the vendor to follow him to the police station. However, the policemen released his cart midway and warned him not to sell ice-cream in curfew hours,” said the SP.

She said that during the incident, someone filmed it and made the video viral on social media.

The SP further said that later it also came to light that some policemen on patrol were drunk.

“An investigation has been ordered and further action will be taken on the report,” she said.